She will approach from either the left or right hall, disabling all of your camera feeds as she approaches. You'll have to rely on the sound of her music to determine which side she's approaching from, and close the correct door before she reaches you. Close the door in time and she will retreat into the darkness.

Ballora is one of the seven animatronics (twelve if the Custom Night animatronics are counted) in Five Nights at Freddy's: Sister Location. She is the entertainer from her own gallery room, which is located from the west of Circus Baby's Entertainment and Rental.

Out of all animatronics in the series, Ballora is likely the most human-like animatronic yet. Resembling an actual ballerina, she wears a blue bikini and a purple tutu decorated with golden orbs. She has pink rosy cheeks with matching lipstick, blue hair, and blue nails. Her eyebrows are thin and colored in light-blue. She wears golden pearl-shaped earrings, and a pearl tiara atop her head, making her one of the most decorated characters in the series.

In most of her appearances in the game, Ballora stands in a pose with her hands above her head, and has her eyes closed. However, her eyes have been shown occasionally, and are very small with purple irises. Her eyelids are blue-colored sporting long eyelashes as well.

On Night 1, the player is instructed by the HandUnit to check on her. Seeing that she is not on stage, the HandUnit instructs the player to give her a controlled shock. After doing so, the player sees Ballora performing on her stage.

Ballora is only active in Ballora Gallery on Night 2. The main point of the night is to crawl to the Breaker Room with a flashlight to guide the player while avoiding Ballora. Ballora uses audio cues, relying only on the sounds the player makes to find them. The player also needs to pay close attention to the music Ballora makes; the louder the music, the closer Ballora is to the player. If the player runs without checking or moves while Ballora is near, she will jumpscare them, resulting in a game over.

In Night 3, when the player checks on Ballora, the Minireenas are seeing holding her dismantled body parts (such as her head, body arms and legs), but the HandUnit believes that everything is fine due to the fact that Ballora is technically on her stage.

In Night 4, Ballora is transferred into the Scooping Room by two unseen characters and subsequently "scooped" - dismantled from the inside via a scooper machine, thus freeing the Minireenas to attack the player. She is then used, along with the other animatronics, to create Ennard.

In Night 5 during the Real Ending, along with other animatronics, Ballora's empty armor-shells are seen from the Scooping Room. 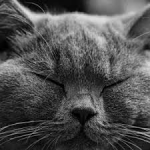